Questionable design: A child's spine as the handle of a handbag 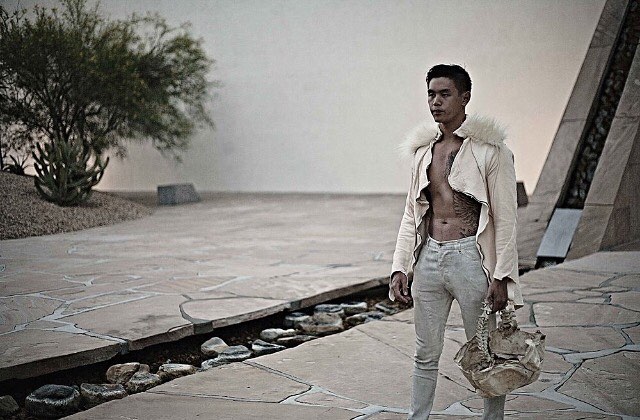 Questionable design: A child’s spine as the handle of a handbag

On many occasions, certain designs by designers in the fashion industry have given rise to so-called ‘shitstorms’. One of the last ones, however, goes against a fashion designer who presented his product already in 2016. But what exactly is it about? We have the details!

It all started with a tweet from the user Maxim @wqbisabi, who published a screenshot of an Instagram post by Arnold Putra on March 23rd. The photo with the questionable accessory was published on the Instagram account @byarnoldputra. Arndold Putra is an Indonesian designer known for provocative posts and content on Instagram. Over 50.000 users follow him on his main account. @byarnoldputra documents various works and designs of his label. On the questionable post you can see a bag, which according to the description was made from a crocodile’s tongue. The handle is the spine of a deceased child who suffered from osteoporosis (an age-related disease). The product is said to have been manufactured in Los Angeles.

Alligator tongue basket bag. Handle made of an entire child’s spine who had osteoporosis Collection: Amitayus Made in los angeles

Putra told the Insider that he is not the owner of the account @byarnoldputra, but that he contributes content to the user.

After publishing the tweet of Maxime, however, it did not take long and criticism hailed not only on the channels of the designer in the social networks, but also worldwide in the media. According to them, the handbag went on sale for 5,000 dollars in 2016.

The American edition of Insider showed the pictures of the account of two child osteopaths who were not sure whether the spine was really that of a child. However, they could confirm that it is very likely a real human spine.

The product was also presented on the British platform ‘The Unconventional’. Sean Ward from the website commented and replied to the Twitter user @CianDikker when asked that it was not a child’s spine and that they would never offer a product with such a description. Furthermore, he explained that Arnold Putra would exchange luxury goods with ancient tribes for items that were considered valuable to her. He did not deny that a human spinal column had been processed in the product.

I sent an email to the website and received the above response.

I’m so glad he clarified that he would never sell an item *described* as a child’s spine on his website. Gotta have standards, you know. pic.twitter.com/DCeyEgTCXN

To the Insider, the Indonesian designer replied that he allegedly bought the spine legally from a Canadian company and that he had not travelled to tribal areas at the time the collection was created. He does not want to publish papers due to a confidentiality agreement, but he also told the magazine that his methods of procurement do not involve travel to such places at all.

Special clothing for working at home: How the Covid-19 lockdown will influence fashion trends in 2020