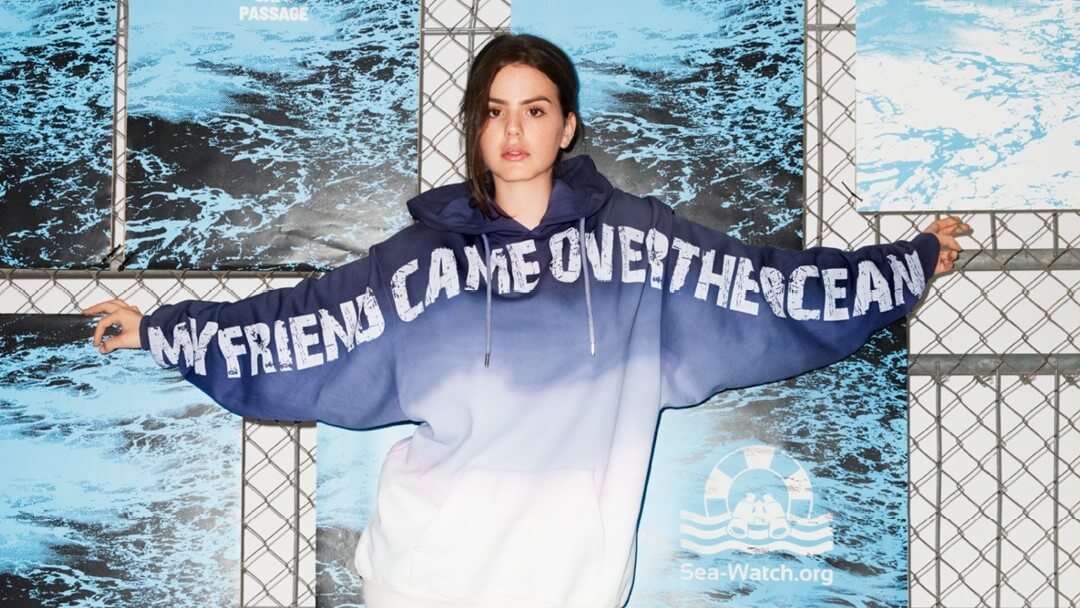 The refugee crisis has attracted worldwide attention. The civil sea rescue service has been polarized and constantly questioned. It was not always clear what was legally permitted or what was to be considered critical. In the last months this topic seems to be quite forgotten. Especially because of the Corona crisis, which still shapes the international news scene every day.

Nevertheless, sea rescue is an important issue to support. At least this is the opinion of the Berlin advertising agency DOJO, which has joined forces with various German celebrities and designers not only to support civil sea rescue financially, but also to bring it back into the focus of many people who have lost interest in the topic.

The fashion labels MARINA HOERMANSEDER, DRYKORN, ARMEDANGELS and MVSCHI KREUZBERG each offer one or more pieces of clothing designed exclusively for the project. The entire profit will then be donated to Sea-Watch e.V., a non-profit initiative that is dedicated to the civil sea rescue of refugees and publicly stands up for legal escape routes. Besides designers, many other well-known personalities from Germany have drawn attention to the project, also including fashion influencers like Caroline Daur.

Since yesterday, the limited edition garments can be purchased in the online shops of the designers.