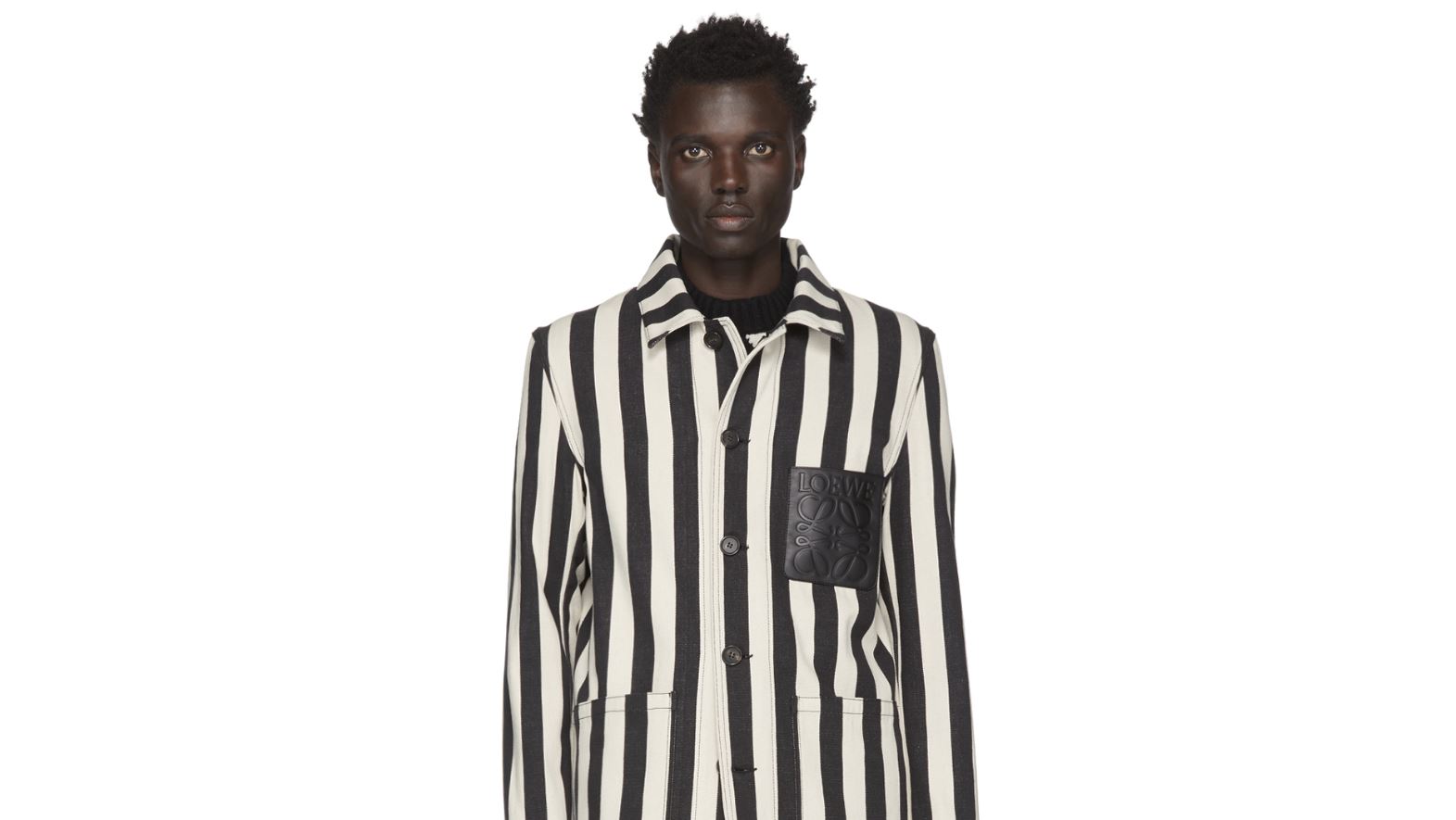 After Spanish luxury fashion brand Loewe was called out for releasing an outfit that has similarities with concentration camp uniforms, the brand published a statement on Instagram saying that “It was absolutely never our intention and we apologise to anyone who might feel we were insensitive to sacred memories.” The brand also announced to remove the featured products. The outfit was part of the William De Morgan capsule collection and described in online shops as a “Workwear Jacket”.

Unable to see anything but concentration camp uniforms in this $1,840 ensemble from @loewe ‘s William De Morgan capsule, a collection meant to “capture a freedom of imagination”. But with the particular stripe proportions and layout, uniform-style garments, and prominent chest patches, there’s not actually much left to the imagination when the resulting look is so uncannily disturbing. Fast fashion retailers like Urban Outfitters and Zara have had similar products slip through the cracks, which were generally blamed on third-party vendors and swiftly destroyed. Loewe has week-old comments calling this out on post featuring a black and white image from @britishvogue … when will we see a response? • #Loewe #jwanderson #williamdemorgan #loewewilliamdemorgan #britishvogue #capsulecollection #fashion #designer #luxury #luxurybrand #fail #insensitive #holocaust #holocaustmemorial #uniform #prisoner #stripes #stripeshirt #pajamas #history #wwii #loewebag #jwandersonconverse #jwandersonxuniqlo #fashionfail #zara #urbanoutfitters #model #news #dietprada

It is not the first time this has happened, as other apparel companies like Zara or Urban Outfitters also released similar outfits back in 2014 and 2015, including symbols reminiscent of the second world war.

Even if it takes many processes to implement an idea in the fashion industry, it happens more and more frequently that brands cross borders: Back in February this year Burberry featured a hoodie at London Fashion Week containing a string that resembled a noose. Thinking of so many struggling with depression or suicidal thoughts, it was definitely an insensitive mistake by the brand.

Are fashion brands too ruthless these days when it comes to issues like depression, historical events, racism and more? Barnum once said: “There’s no such thing as bad publicity.” and indeed labels have to be creative when it comes to international marketing strategies. However, they shouldn’t forget that there is a line between a brand that polarizes and a label that confronts and hurts a group of people in a negative way.

We think that inappropriate behaviour, especially online, is not only the case with internationally active brands, but is becoming more and more common on the agenda of everyone. That’s why we call on you to set a sign against intolerance and appeal to everyone to try to understand others even if we are not always of the same opinion.

Cover pic: ssense.com
As of November 27, 2019, the outfit is still available to purchase on this site.