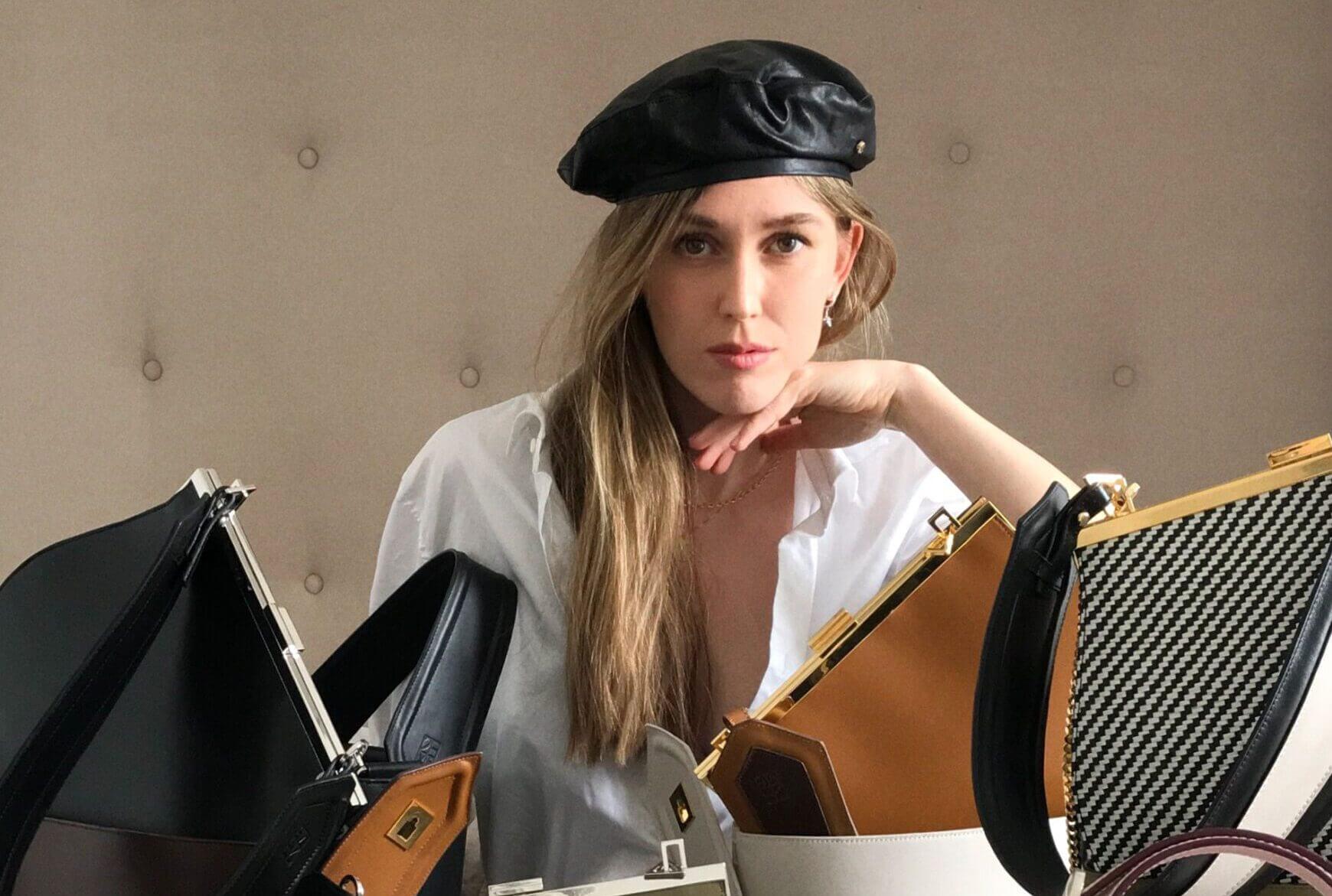 The number of designers and talents in the fashion industry is overwhelming. If one wants to establish oneself in the industry these days it requires more than the knowledge of cuts and designs. In recent times, it has also often increased in priority that the brand or the person behind the clothing is approachable. The consumer wants to be able to identify with the brand. If a label does not succeed in establishing a connection with the end consumer, I personally do not think it will be successful in the long term.

Looking for inspiration on the internet, I came across an account that reminded me of the time I had spent in France. There were many small illustrations which reflect the daily life in that beautiful country and its capital. It was not just a depiction of life in Paris, no, it took me completely back into the vibe of the city.

Curious enough we contacted the owner of the account: Lina Nordin Gee replied. Originally from Sweden, the fashion designer has fallen in love with the city to which she moved in 2015. “I feel like Paris is something of a black hole, time just stands still here, these years have just flown by.”, so the designer. Three years ago, in 2017, she then founded her own label: ‘Deuxième’.

The focus at the beginning was on shoes. At this point, Lina Nordin Gee mastered the challenge of making a statement with comfortable shoes. For this she used locks as heels – calling her shoes ‘LOCK & LOAD’: “All our shoes start as an idea, a concept that takes shape first in the form of a sketch.” A first sample shoe is then produced by the factory after inspection with a sketch and a technical ‘blueprint’.

In addition to shoes, Lina Nordin Gee later added handbags to the range. The preparations for three different models in different colours took one whole year: “I am so excited and proud of these handbags, every single millimeter is custom designed, from the hardware, to the cute french sentence embossed on the inside. Plus, all the leathers used are surplus material from other brands production, meaning they are more sustainable than your usual handbag – and more special, I only have so much leather to work with.”

The products are produced in the north of Portugal. There, a factory managed by the second generation produces beautiful handmade end products. Lina Nordin Gee herself works from home: A small 30-square-meter apartment on the fifth floor – with no elevator. She shares it with her husband Oliver, who also works and lives there.

That fashion designers make sketches is nothing unusual. For Lina Nordin Gee, however, it is more than just a side activity: for her it is a passion. But where does this outstanding talent for creating such detailed drawings come from?

“I was practically born with a pen in my hand. My mum was in art school when I was born, so I got to go with her to class growing up, I’ve been drawing ever since.”

Gee is mainly inspired by the daily life of the big city: “There’s simply so much going on that it’s hard not to be inspired, for good or bad.” However, she also finds new ideas through other artists: Thus she takes her cue from sketches by Cocteau and Schiele, but also finds food for thought in paintings by Matisse and photographs by Slim Aaron. Particularly taken is she with the atmosphere of the French Riviera in the 1950s.

Her favourite work of art is about an evening spent in a bar: “I like the bar scene, I think most of us can identify with one, or maybe all characters in it! There’s not so much of a story behind it, rather it’s more of a reflection on a pretty typical Paris bar scene.”

While in the beginning the fashion designer mostly expressed scenes from her life in Paris through illustrations, lately she focuses more on painting the city with watercolors. “It goes in waves, sometimes I feel like expressing myself in a silly, not serious way, and sometimes I just want to paint without thinking.”

While Lina Nordin Gee was able to let off steam artistically during the corona pandemic, her sales suffered under the circumstances. Nevertheless, she used the time to think about new possibilities and sales channels. For example, her art is now available online. “Very recently. When the lockdown happened in Paris I realised it would be hard for me to make a living in my usual way – by selling my shoes and handbags. You see, all the shops had closed – with my products locked inside. I have my online shops of course, but I rely on revenue from the brick and mortar stores as well. So I decided to take the plunge and open up an Etsy shop with prints of my paintings. And luckily, it got traction and helped me through the lockdown.”

Based in Paris, the Swedish woman brings what others lack: strength of character, creativity and a sense for what people want to discover. We hope that individuals like Lina Nordin Gee will receive the attention they deserve even after the crisis.

Transparency:
Links and contents in this article represent the recommendations and opinions of the respective author. A paid cooperation has not taken place.

In this article:Lina Nordin Gee, Stories
Up Next:

Fashion in 2020: Yellow accents will bring a fresh breeze into your outfit not only during this year’s summer

Special clothing for working at home: How the Covid-19 lockdown will influence fashion trends in 2020