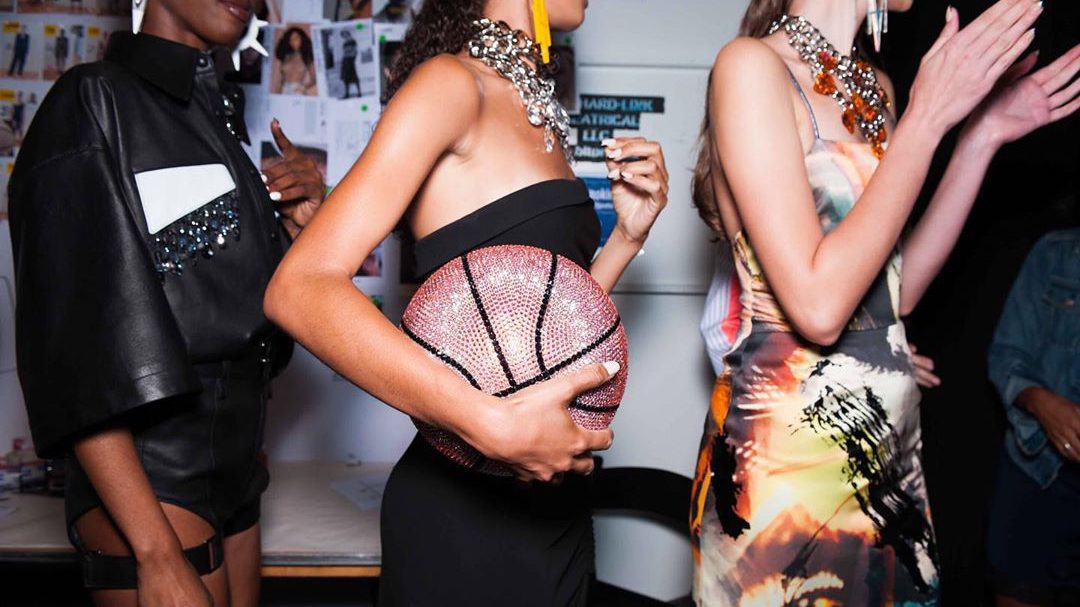 New York, USA – Embodying feminine strength, showing self-confidence and the associated positive influence on one’s own interactions with the world: Victoria Hayes once again skilfully focuses on the concept of empowerment. On the very first day of Fashion Week in New York, the designer, who grew up in Toronto, presented her 90s inspired collection, which also contained many elements of the famous basketball film Space Jam. Highlights of the show included more than 90,000 Swarovski crystals, which could be found in various sporty inspired looks. Among them was a basketball completely covered with Swarovski crystals.

Victoria Hayes about the collection: “Our SS20 collection is inspired by Space Jam and nostalgia for growing up in the ‘90s! The use of Swarovski crystals accentuates sport silhouettes within the collection. I enjoy designing with crystals and tend to gravitate towards simpler silhouettes that allow for heavy use of embellishment.”

Hayes first pursued a medical education until last year she realized that her passion for design outweighed her interest in a career in medicine. Now she is known by many celebrities such as Alicia Keys and Ariana Grande for her outstanding fashion.

Marina Hoermanseder presents her SS2020 collection at her own university